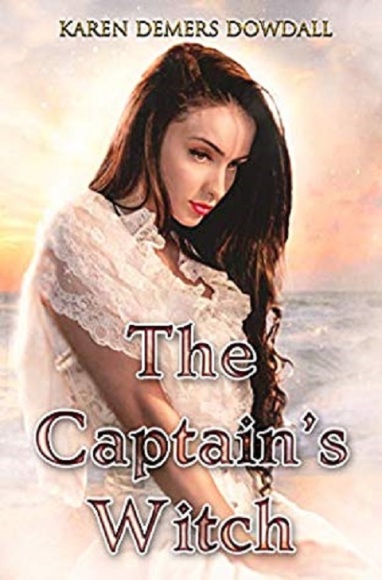 Lost in the Annals of Time: A Story of Love and War

The Captain’s Witch is a historical fantasy about a hauntingly beautiful story of love that transcends time. Sara Windsor Knightly, born into a family with generations of witches inherits Windsor Manor, a colonial era manor built in 1680. She had no idea that the Manor is haunted by Jacobite ghosts, and a ghost named Christian Windsor. He is a gentleman farmer who is also a Captain in the British Brigade in the year 1690 in Colonial Connecticut during King William’s war with the French and the Abenaki Indians.

Alice spins a spell that sends Sara and Christian to the year 1690 to save her little girl, Clara, from the hands of Reverend Baron Warwick, a Puritan Zealot who has diabolical plans for the child. Alice promises to return Sara and Christian back home as soon as Clara is safe from harm. Alice’s promise sends Christian back to war and certain death. A brokenhearted Sara is sent back to the present day to Windsor Manor. Sara is, quite by accident, sent once more back in time to revisit a very different Christian, who has no memory of Sara, putting her in great danger of being accused of witchcraft.

Twenty-eight-year-old, Lilly Allaire, receives a phone call telling her that Dax is dead.  The cause of death is unknown.  At the age of fourteen, best friends, Lilly and Dax, experience a traumatic incident. After the incident, Dax is institutionalized in a psychiatric hospital in a catatonic state.  For Dax, his memory loss is a subconscious act of self-preservation, a blocking out of all memories.  Lilly still suffers a blocked memory of that day and has frequent nightmares.

After Dax’s funeral, Lilly decides to go back to Salmon Brook, her hometown, to find out the truth about the mysterious incident that destroyed Dax’s life. While searching for clues to the incident, Lilly has a chance meeting with a former high school classmate, Noah Hawthorne.

Noah remembers Lilly as his high school secret crush and offers to help her. Together, they try to unravel the mysterious incident that plagues Lilly’s dreams and turns them into nightmares. They soon realize that their hometown has a deadly secret and both their lives are now in danger.  However, Noah has a secret of his own that puts Lilly in harm’s way. 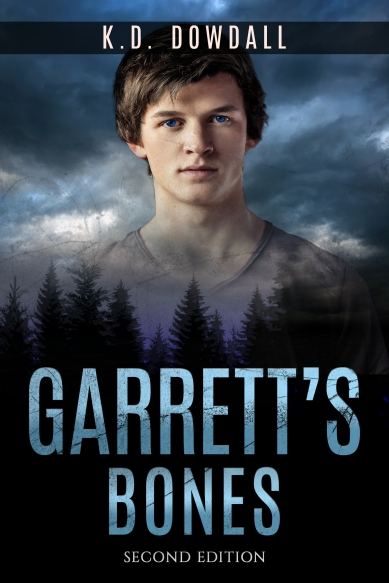 “In Garrett’s Bones, a genre novel by K. D. Dowdall, we are presented with a historical thriller, with complex overtones of supernatural intrigue and a dash of romance. At the heart of this story are two young people who set out to clear their names the only way they know how, and in a way, that gets them more enmeshed in darkness. The narrative is tightly woven and compelling, moving at a fast pace while still allowing the reader to experience a true depth of characterization as they develop a full appreciation of the events as they take place. The chapters are nicely paced, with enough meat to make them satisfying but not so ponderous as to make it difficult to keep track of the narrative as it develops.  Writer’s Digest,  Judge 11”

A haunting tale of young love, mystery and murder. Anna and Garrett are ordinary teens growing up in a small farming community in Connecticut in 1960. One day they find themselves as suspects in the horrific killing of a young girl named Sarah Smith. Anna and Garrett happened upon the ravaged body of a young girl while hiking through their beloved and possibly haunted forest. They are more than witnesses to the crime scene as suspicion falls heavily on Garrett because he is considered different. Together, Anna and Garrett search for clues to find the killer as the ghosts of the past collide with the present evil.  They both realize it will be up to them to fight the evil that has taken over their loved ones, their community, and their beloved forest, even if it means losing their own lives. 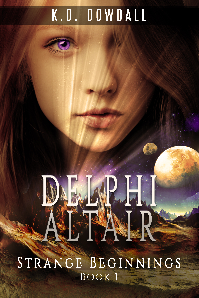 “This author is extremely talented. Hopefully, she will continue to write because her ideas in this story show excellent ….this author will stand out.  Writer’s Digest, Judge 9”

A review by,  Kirstin Lenane, by the author “The Scare: A Halloween Story

“Simply put: this exceptional epic fantasy novel,by K.D. Dowdall, is beautifully done and should be picked up by any fan of epic fantasy stories.I am very impressed by Dowdall’s ability to weave together so many characters and story-lines into a cohesive whole, it reminded me of the way Dickens and Tolkien are so deftly able to do this. The story takes place mostly in three settings: in a briny, seaside town sometime in the past, in a beautifully evocative land called Janji, and then in a familiar-seeming town sometime in the present day. Whether Dowdall is evoking other worldly magical creatures or earthly ones, her scenes are drawn with such detail that they will pull you in, time and time again. I highly recommend this book. You’ll be hooked and waiting for the next one.”

On the day of her mother’s funeral, Megan Donnelly finds a mysterious package on her dresser wrapped in faded brown paper and twine.  She has no idea where it came from or how it got there.  Despite her grief, Megan finds herself drawn to the bundle of faded brown paper and twine.   Inside the package, Megan finds a leather-bound journal that appears to be as old as the hills. Megan discovers that the journal is a cautionary tale about a strange girl named Delphi Altair.  Delphi lives with her foster parents in an old Sea Captain’s Manor. For the young girl, Delphi Altair, the situation at her foster parent’s home has gone from bad to worse as Delphi discovers dangerous alien creatures are trying to kidnap her or worse. Donovan, a new student at her school, befriends Delphi and together with Nikkos, an Alien Watcher sent to protect Delphi, embark on a treacherous journey into the unknown.  Megan, fascinated by the journal, comes to realize Delphi’s mysterious quest is more than a story, it is terrifyingly real and Megan is somehow involved. Megan’s life is about to change in ways she could never have imagined.