Chris re-posted this just in the nick of time for me…I am using lots of Italics in my novel that I am currently writing! Thank you!

IRISH FIREBRANDS: A Novel ~ and Other Works by Christine Plouvier, Indie Author

Italics were invented by a famous Renaissance printer called Aldus Manutius. Italicizing passages became much easier after word-processing virtual-paper technology overcame the tedium of typewriter backspacing and underlining in a manuscript. Print-on-demand permits Indie Authors to be their own publishers, which means they assume the role of compositor, too, and must know how to set type to achieve the most visually pleasing and easy-to-read presentation of their works in the Art of Communication. To see how italics can function when typesetting for your own Indie-published book, we’ll discuss the ways I used italics in Irish Firebrands. 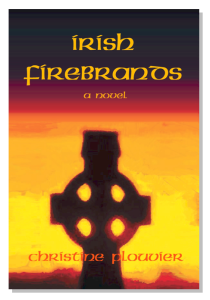 I learned about italics in primary and secondary school, in English composition and typewriting classes, but how I chose to italicize parts of my first novel is probably an amalgam of the “house styles” of the many different traditional publishers which put out the books I’ve read over more than fifty years.

8 thoughts on “Italicizing A Manuscript”