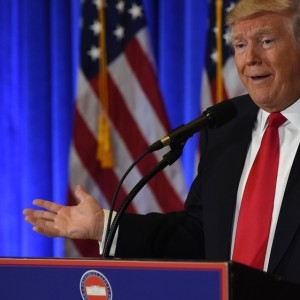 “If Donald Trump can undercut America’s trust in all media, he then starts to own them and can start to literally implant his own version of reality.” http://www.nbcnews.com/health/mental-health/some-experts-say-trump-team-s-falsehoods-are-classic-gaslighting-n711021

“The behavior has all the signs of “gaslighting”, says clinical psychologist Bryant Welch, who wrote a 2008 book entitled “State of Confusion: Political Manipulation and the Assault on the American Mind”. Gaslighting refers to a 1944 film in which a murdering husband manipulates and confuses his wife by dimming the gas lights in their home and then denying it’s happening.

“The very state of confusion they are creating is a political weapon in and of itself,” Welch told NBC News. “If you make people confused, they are vulnerable. By definition, they don’t know what to do,” added Welch, who has not personally examined any of the Trump team.

“This is a pretty systematic, sophisticated attempt to gaslight.” “There certainly is a general stereotype that politicians lie,” said Robert Feldman, a University of Massachusetts psychologist and deputy chancellor who specializes in the psychology of lying. But Feldman and Welch both said the statements Trump and his staff made on the very first days in office rise to a new level.  “It is lies about things that are so easily contradicted that it is amazing in terms of the degree of arrogance and the lack of respect that it shows for the American people,” Feldman said.

***Bending and manipulating, skewing the truth, causing mental confusion, is classic Chaos techniques, until we walk of the edge of the cliff and we’ve been had, taken for the fools that we are by confusion as to what is real and not real. Telling us how horrible the journalists are as rotten dirty deceitful scoundrels deflects what is really going on – the slow painful destruction of our Democratic Republic until it becomes right under our noses a authoritarian dictatorship. These leaders know what they are doing, they have the “Play Book” right in front of them. What these sly, crafty “manipulators” wish to create is Chaos until, like Russia it is too late, goodbye to freedom of the press, to writers, teachers, even religious leaders. These highly skilled manipulators create falsehoods as truth. So, Grab the Seat of your Pants…we are in for a bumpy ride and I hope we come out of it still being a Democratic Republic – I have my doubts.  K. D. Dowdall

4 thoughts on “The GasLighting of America!”