In Celebration of The Week of Beltane, the second principal Celtic festival (the other being Samhain). Celebrated approximately halfway between Vernal (spring) equinox and the midsummer (Summer Solstice).Beltane traditionally marked the arrival of summer in ancient times as well as love, growth, and romance. 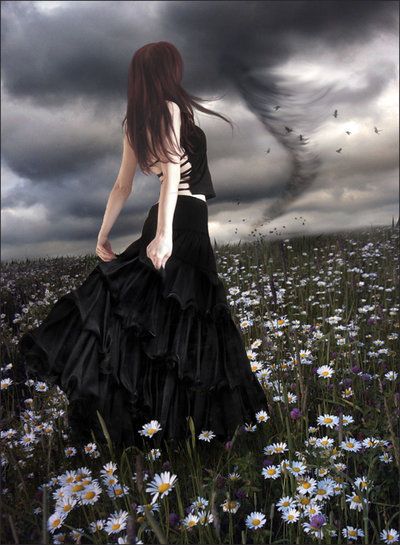 She comes to him at midnight,

The Witch of his dreams,

Her eyes, a forest green,

Her hair, dark and long,

Her voice, a sweet magic,

He could not help but watch her,

Dance among the daisies,

Beneath a waxing moon,

She whirls and cast her spells,

A haunting chant she sings,

And soars into his soul,

She whispers things he wants to hear,

Of secret longings in his ear,

She enchants him with delights,

And leaves him breathless with her kisses,

She tells him of her love,

And casts her spell upon him,

To love him, evermore,

His heart she steals, forever,

The Witch of His Dreams

7 thoughts on “In Celebration of the Week of Beltane: The Witch of His Dreams”